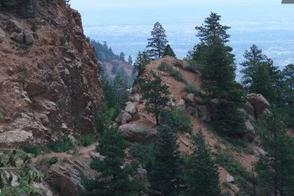 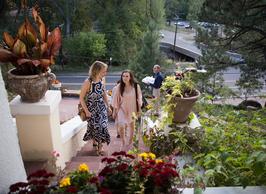 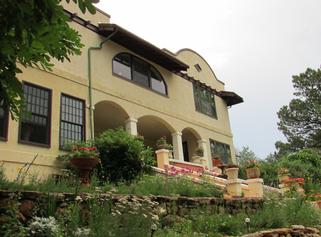 This was a popular destination for tourists as it gave access to the canons, to Cheyenne Creek, and to the many bands that played at the park pavilion. It was also a starting point for hikers to explore Seven Falls, Helen Hunt Falls, and the many hiking trails nearby.

Over the years, Sunnycrest developed a reputation for a variety of uses, such as an upscale bordello catering to the rich people coming to The Broadmoor Hotel, a casino (known as Dixieland Casino), and a sanctuary for army nurses during WWII.

Sunnycrest returned to its lodging history in August 1993 when John and Barbara Starr bought the property and turned it into a Four-Star bed and breakfast and renamed it "The Cheyenne Cañon Inn." 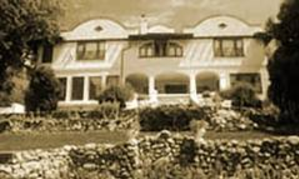 The Cheyenne Cañon Inn has been recently renovated by the current owner, Jeannie Bryant, who is continuing the hospitality for which the Inn is famous but is not running the Inn as a bed and breakfast. Renting rooms to travelers who need a place to stay for a minimum of 30 days helps to maintain the serenity provided by the majestic setting of Cheyenne Cañon, where deer and birds gather daily, and the sunrise is echoed in the brilliant red rocks of the canyon. Guests have access to the newly remodeled kitchen, laundry room, and other rooms on the first floor.

The Inn is also available as the perfect venue for events ranging from weddings to workshops to musical concerts.

The Cheyenne Cañon Inn, which was originally named "Sunnycrest," was built by Lillian Casey, who began the project in 1918. The original home, acquired by Lillian around 1904, burned down and was replaced with the current Mission-style house. The shockingly "modern" house was completed in 1921.

Lillian was the eldest daughter in a family of nine children. To make ends meet, Lillian made the decision to turn Sunnycrest into a resort house. This proved to be a wise decision as the Colorado Springs & Interurban Railway built a new electric trolley line to the Stratton Park Meadows Station directly across the street.